MIDDLETOWN, NY – There was a $5,000 bonus available to anyone who could sweep the two $5,000 first place checks Saturday night at the Twin 50’s event at OCFS.

After the first United Rentals DIRTcar Big Block Modified feature, It was Matt Sheppard who was the only one eligible for the 5G bonus as he scored the win in the first Twin 50.

As the laps wore down in the 2nd Twin 50, it looked unlikely that Sheppard was going to be able to grab that bonus. But some well timed cautions and some bad luck for Alex Yankowski worked in Super Matt’s favor and led him to a $15,000 payday for the driver of the 9S.

As the first 50 got underway, it was Craig Mitchell and Tanner VanDoren who led the field to green with Hollywood grabbing the top spot. An early caution was the only stoppag…

Anthony Perrego is the defending champion of both …

The track was great Saturday night and modified ra… 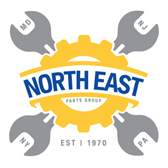